Measures adhesion of coatings to metal, wood, concrete and other rigid substrates. 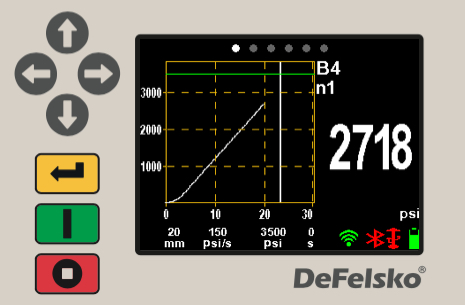 Use the touch screen to interact with menu options. Swipe horizontally to navigate between views or vertically to move between batch readings. Alternatively, the keypad can be used for navigation and selection. 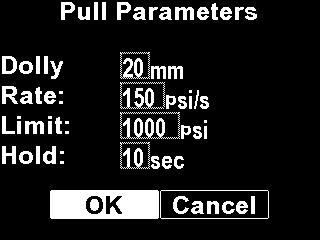 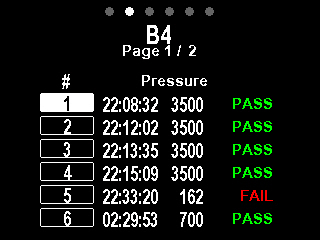 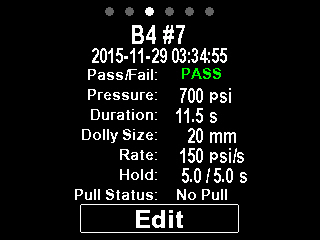 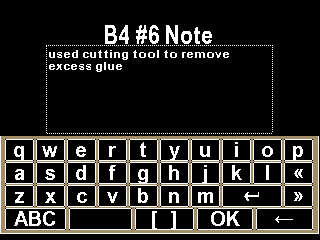 Notes can be added for each reading. 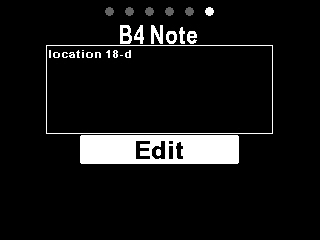 Include a note for a batch (group) of readings. 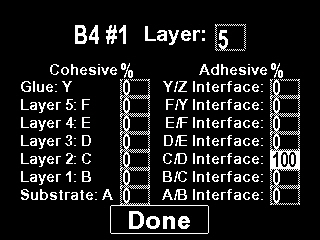 Record the nature of failure - cohesive, adhesive and glue failures.

Recording the Nature of the Fracture

Upon completion of a pull-off test, the dolly and coated surface should be examined. In addition to pull-off force, many National and International standards such as ASTM D4541 and ISO 4624 require the nature of the fracture to be recorded.

Fractures are visually estimated and recorded as a percent of each. The two layer example below illustrates a cohesive fracture within coating layer 1 and layer 2 (visually estimated at 50% each). Recorded results are included in reports.

The PosiTest AT-A can record fracture information for up to five layers. For full details and examples see Visual Analysis and Recording of Test Results. 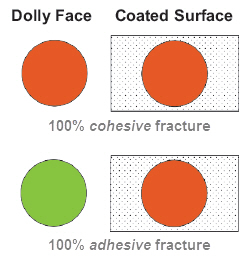 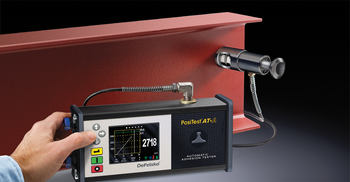